What happens when you combine Portishead’s “Strangers” and “Sour Times” with O.C.’s classic “Time’s Up”? Well, you get The Extremities “Sour Times Up.”

Shot by Tony Caferro for DTR45 in Copenhagen, Denmark. 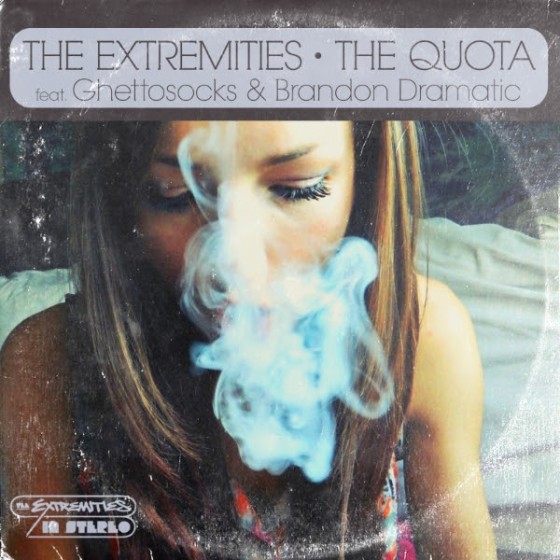 New single from The Extremities.

New video from The Extremities. This time we have a mash up of Led Zeppelin and Beastie Boys. 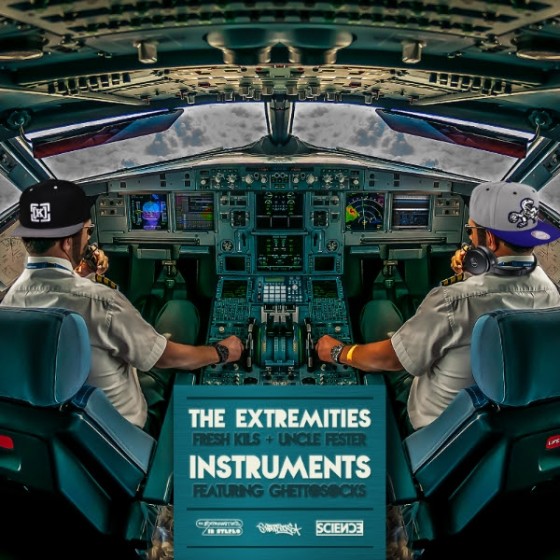 Fresh Kils and Uncle Fester release another of their videos, this time a mashup of Adele and Deltron 3030. Adeltron.

Directed by Dan Jardine, “Stop It” is the new video from Fortunato and Ghettosocks with Fresh Kils on the beat.

“Valley View” is the latest video from Mad Dukez & Fresh Kils and directed Dominic Luongo. The video was actually removed from YouTube over its violent imagery. Here’s what the director had to say:

“Recently, producer Harvey Weinstein has vowed not to back excessively violent movies, a statement timed almost perfectly with Valley View being flagged for violent content.

Movies like Pulp Fiction, which was criticized at the time for its violent imagery, had mostly implied violence that happened off screen or out of frame (see: The Gold Watch). The real culprit here is Persistence of Vision. Rob Legato has a great TED Talk about The Art of Creating Awe, which touches upon what we see and what we remember. He states that, “…when we’re sort of infused with either enthusiasm or awe or fondness or whatever, it changes and alters our perception of things.

I’m not going to back down from what we were trying to do with the video, we wanted it to be violent – the song is about the “Valley of Ashes,” which is supposed to represent the social and moral decay of the American landscape. Therefore, I will admit, there was specific real-life imagery that we were trying to invoke with the hoodies, and the ski masks, and the men being on their knees, and them dropping dead (not to mention all the blood).

Despite Valley View being pulled from YouTube, we have uploaded it to Vimeo, so you can check for yourself to see exactly how violent the video truly was.

And by the way, despite the climate of our society being a bunch of softies, I’m really looking forward to the hyper-violent sequel to The Raid” 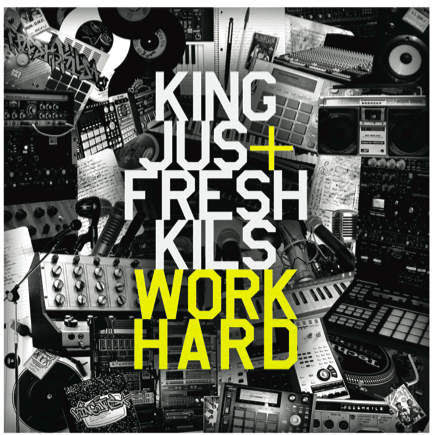 King Jus and Fresh Kils have joined forces for the Work Hard EP, which also features appearances from C.A.T. and Kolor Brown.

After many years of collaboration, infamous lyricist and edu-tainer King Jus, and MPC master and producer,Fresh Kils have finally reached the apex, bringing to fruition a project years in the making. With a title like ‘Work Hard’, and resumes as stacked as Vegas high rollers, one can safely assume the EP won’t disappoint. Each track is a tribute to another of life’s adversities, while keeping self aligned with the power of expectation, and not being defeated by the struggle. Vivid story telling couched in smooth grooves and funky, raw, hard hitting beats, the EP feels like a classic, but balanced with a modern technique. With these two titans combining forces, other crews definitely have their work cut out for them. 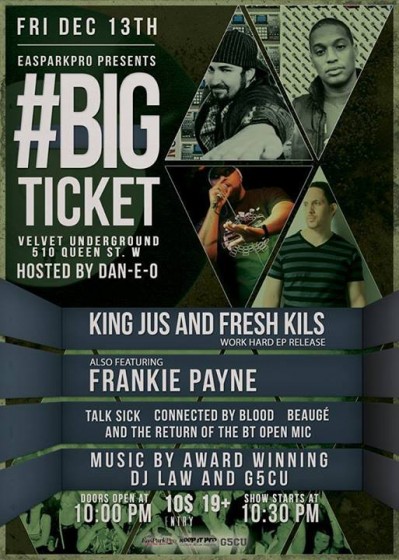