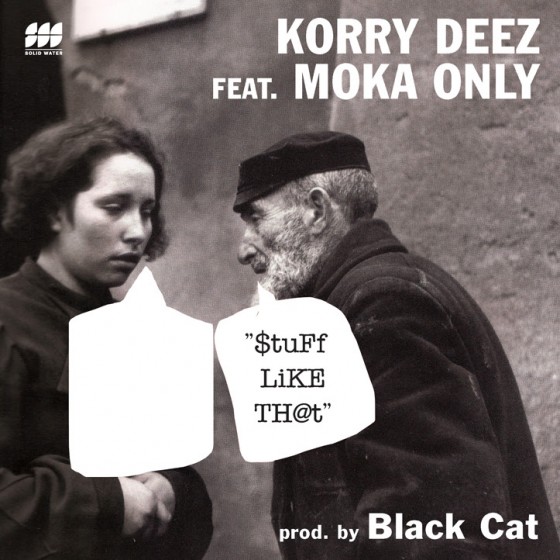 IRS members, Black Cat & Korry Deez, have long been one of music’s most creative, yet elusive duos. “Stuff Like That” sees the two trade vibes with internationally acclaimed emcee/producer Moka Only, who has his “Sex, Money, Moka” album dropping May 13th. Black Cat’s silky smooth keys, accompanied with his signature jazzy bassline style, perfectly compliments the free-spirited deliveries of Moka and Deez. Having 3 upper echelon hip hop musicians collaborate is a rare treasure, and this sultry groove surely backs up all of their reputations. Enjoy.. 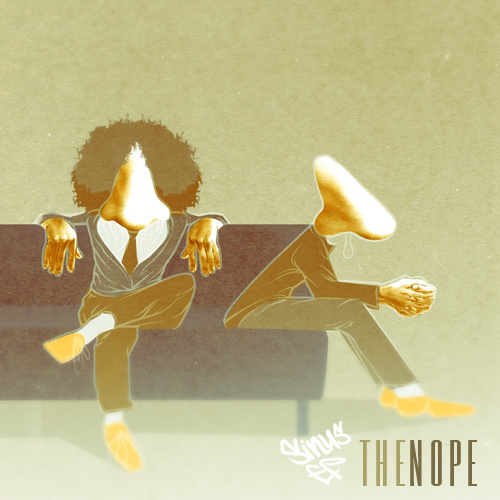 The Nope (Psy of The Oddities & Moka Only) have released their new EP, Sinus, via URBNET. The EP, which was actually released January 31st, features 10 tracks, including an appearance from Korry Deez on “Keep Wide.”

In an era where most hip-hop artists claim to ‘break new ground’ or ‘challenge the boundaries’, yet more often than not only deliver on diluted retreads of stale rap clichés, Canadian/American duo The Nope (Psy of the Oddities and Moka Only) offer a different approach: they drop all pretence of treading new waters. As The Nope emcee Psy shares, “We’re exactly the same as every other music group you’ve ever heard before. So, prepare for absolute boredom.” For once, a rapper tells the truth.

The Nope is at best reactionary, their subversiveness a mere academic contrivance. Purported Dadaists, Psy and Moka Only claim to be “anti-everything,” crafting songs about “whatever we feel at the time.” And with tracks like “Mickey D’s”, an opus on eating at the imperialist Golden Arches chain three days in a row while recording, or another entitled “Chant’n’Sing”, where Moka confides that, after airing woman troubles, “I can understand why some of yall want to pee on ’em man,” the claim of speaking what is on their mind in unguarded fashion is not to be questioned.

Yet, I don’t know if it is to be lauded either, even if it makes troubled RnB crooners sympathetic. Sometimes naked honesty can amount to a case ‘When Keeping It Real Goes Wrong’, rather than a nuanced artistic declaration. Though, in fairness, how a listener views the duo depends on whether he or she takes The Nope serious. The Nope creates feel-good nonsense, mood-music hearkening to a bygone era when acts like Ultra Mag and Y’all So Stupid had a rightful place. And Psy and Moka’s talents shine, regardless of whether their gifts are realised on material of any depth or significance.

Instead, Moka’s soulful off-kilter production and Psy and Moka’s playful lyricism and nimble rhyme-schemes recall the creative lightheartedness of early-to-mid 90s hip hop, except without Jurassic 5 or Ugly Duckling-like anachronism. 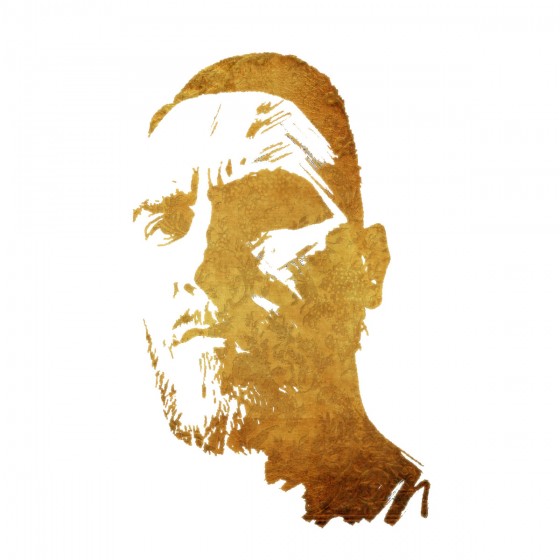 Relic, who is currently on tour with Kyprios, has just released a new EP, Golden. The EP’s 6 tracks were written, produced, recorded, mixed and mastered by Relic, with an appearance from Moka Only.

Immortal is a new EP from Daneo. The project’s 6 tracks were produced entirely by Charisma aka Skizzz and feature appearances by Dice Ailes, Moka Only, Big Kish and Maestro Fresh Wes. Dan-e-o’s full-length album, Inevitable, is set for release in November. 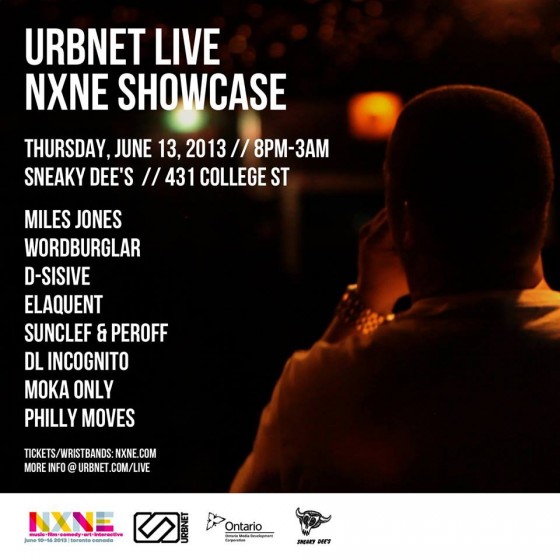 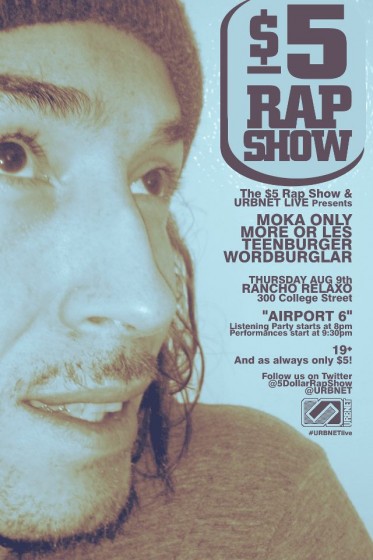 During their cross-Canada tour late last year, Jeff Spec, Muneshine, Ghettosocks and Timbuktu began planning a new project under the name Lucky 7. At the end of the tour the group met up with Moka Only, who also produced the track, to record “The Mustard Station.” A video was shot a couple days later by mcenroe. 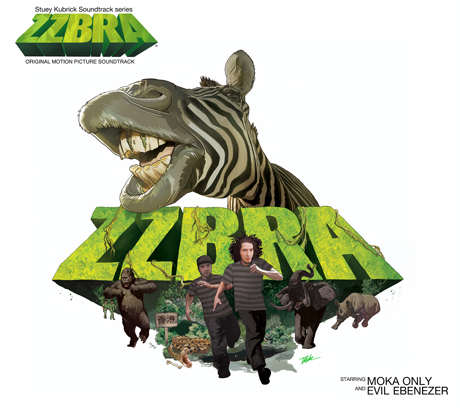 Moka Only and Evil Ebenezer have announced an Ontario tour in support of their album as ZZBRA, The Original Motion Picture Soundtrack. The tour begins on March 3rd in Guelph and runs through to their March 11th show in Stratford. Complete listings are below. Sound Improvement will be joining ZZBRA fir the tour.